END_OF_DOCUMENT_TOKEN_TO_BE_REPLACED

The winner of this year’s Vita Photo Competition is Trevor Fiddy with his image of honeybees lined up at the hive entrance apparently asking “Who’s first?”

Other winners whose photographs will appear in the Vita 2014 calendar are:

END_OF_DOCUMENT_TOKEN_TO_BE_REPLACED 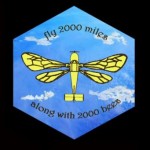 A flying beehive is set to educate young people across Greece about the value of honeybees. Support for the extraordinary venture is being sought through crowd-funding on the internet and there are already plans to extend the project to other European countries.

Alexandros Papachristoforou, Vita’s research collaborator at Greek and Cypriot Universities, is raising funds so that he can fly an observation hive of 2000 bees over 2000 miles to schools in remote parts of Greece. His aim is to spread the word to the next generation about the importance of honeybees to our planet. After Greece, he plans to extend his project to other EU countries.

Honeybee health specialists Vita (Europe) Ltd is one of the first companies to make a substantial contribution to the venture and urges anyone with an interest in honeybees to support the venture through the crowd-funding website: http://tinyurl.com/2000beemiles The crowd-funding campaign closes on 23 November 2013.

END_OF_DOCUMENT_TOKEN_TO_BE_REPLACED 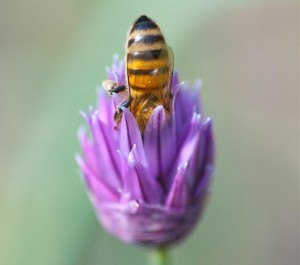 Entry from Nick Gibson to the 2012 Vita Photo Competition

Vita (Europe) Ltd is calling on beekeepers internationally to enter its 2013 photographic competition.

There will be cash prizes and beekeeping products for the winners, and the best pictures will feature in the Vita 2014 Calendar. The entries will also be added to the hundreds of honeybee-related photos in the free, online Vita Gallery (www.vita-europe.com/beehealth/gallery) which is proving highly popular with beekeeping speakers looking for photographs for their presentations and with beekeepers wanting to learn more about beekeeping experiences across the world.

Entrants can submit up to four photos (up to 1mb each) relating to honeybees or beekeeping by emailing them to gallery@vita-europe.com. Photos can be on any relevant topic: from honeybee behaviour, to beekeeping practices, foraging honeybees and honeybee produce.

END_OF_DOCUMENT_TOKEN_TO_BE_REPLACED

The first-ever smartphone app about keeping healthy honeybees has been launched by Vita (Europe) Ltd, the world’s largest dedicated bee health company. The web app is free and gives beekeepers easy mobile access to information and photographs about honeybee disease identification and treatment.