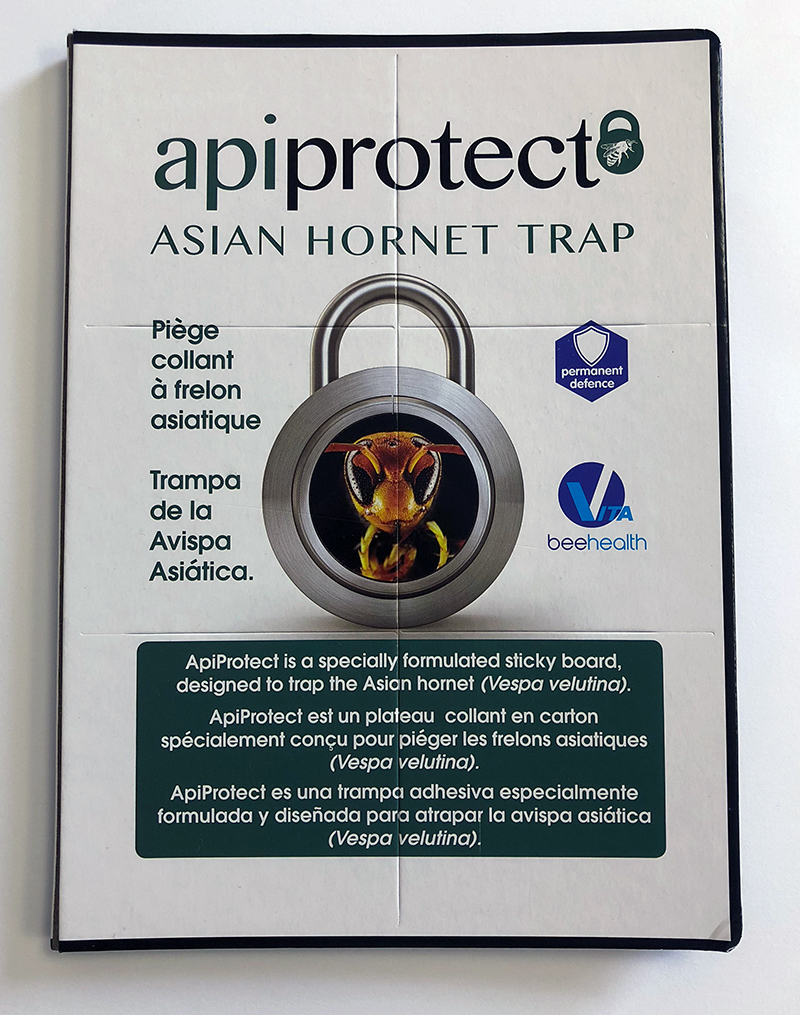 ApiProtect is a simple, effective trap to protect your bees from the Asian hornet which is invading many European countries.

ApiProtect safeguards your bees from the Asian Hornet (Vespa velutina) at times of high predation pressure. 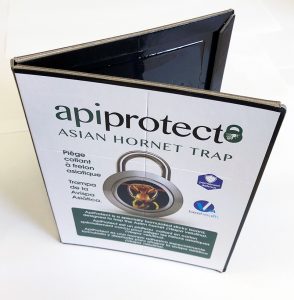 Developed by Vita Bee Health in conjunction with researchers and bee scientists, the ApiProtect hornet trap is a sticky board which when baited is highly attractive to Asian hornets. Once an Asian hornet lands on the surface, it cannot free itself. The trap is ideal for use when an apiary comes under sustained attack from the hornets. ApiProtect is non-toxic and quick and easy to apply and remove.

How to use the ApiProtect Hornet Trap

The ApiProtect sticky board trap is “activated” by first carefully unfolding the board, taking care not to touch the glue, and then placing a live Asian hornet on the glue, or applying a piece of approved bait (such as ApiArmour, coming soon from Vita Bee Health) on the glue. 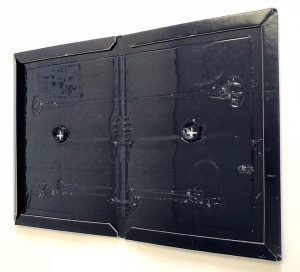 ApiProtect should then be placed in an elevated position (for example on the top of an empty hive), to avoid trapping rodents, and at least a few metres away from the nearest active honey bee colony. Where possible, ApiProtect should be positioned under a raised cover, to avoid accidentally trapping birds and to afford some rain protection. It is important, however, to ensure that the trap remains clearly visible.

A stone or other weight should be used to prevent ApiProtect being blown away by the wind.

The trap should be checked regularly. When full of hornets, ApiProtect can be discarded according to local regulations, usually in household waste.

See Tips for Use, below, for further information. 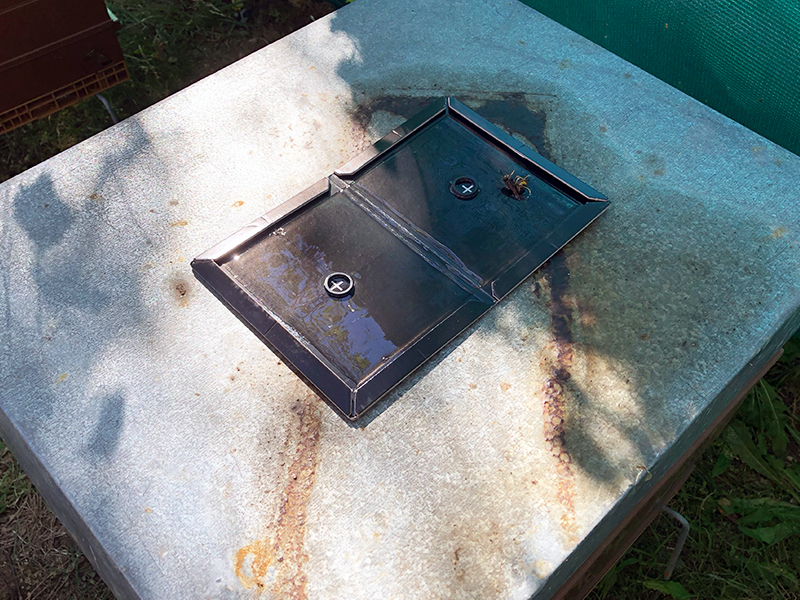 ApiProtect in place on an empty hive

Extensive studies in France have shown that ApiProtect offers significant efficacy in trapping hornets while requiring limited intervention from the beekeeper.

ApiProtect is most effective when used during the most dangerous phase (late in the season).

ApiProtect is currently available in France (please contact ApiNov). ApiProtect will be available, where the Asian hornet (Vespa velutina) is present, through Vita’s distribution network. Please contact your local dealer for further information.

Any suspected sightings of the Asian hornet in Britain should be communicated immediately (with photograph/s) to:  or via the Non-Native Species Directorate.

Although the Asian hornet has spread through much of western Europe, it appears not to have established itself in Britain and, to date, the sea is providing something of a barrier. There have been sightings but so far all nests appear to have been destroyed.