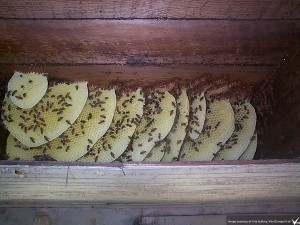 Rather than being a distinctive genetic group of honeybee colonies, the research thought that the feral colonies were probably simply escaped swarms from managed colonies. Untreated “managed” colonies closely resembled the virus profile of feral colonies in many ways.

“A workable level of Varroa tolerance is keenly sought by UK beekeepers, but abandoning Varroa treatment without ensuring colonies have evolved a natural resistance to the mite, or without virus-free Varroa, could leave colonies dangerously exposed, particularly in areas of high beekeeping density.”