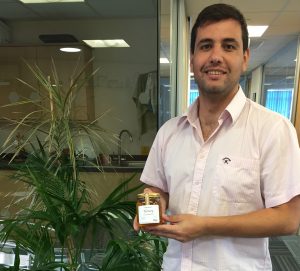 Paulo Mielgo, with the first pot of honey from the new apiary

Despite opening its trials apiary in a Basingstoke allotment late this season, Vita has harvested a crop. Well, actually it’s two Basingstoke beekeepers who have done the harvesting.

Derek Western, one of the Basingstoke beekeepers, said: “I wasn’t expecting any harvest this year, but we were surprised by one colony. Next year should see a lot more as all colonies will have had a chance to build up and forage for a full season.

“Interestingly, there’s a marked difference between honey from the Vita Apiary and that harvested from my own apiary on a nearby allotment, even though they are only one mile apart. The Vita apiary honey is  light and floral honey with an aftertaste of lime.”

Paulo Mielgo, Vita’s apiarist is sharing the jars amongst the team. 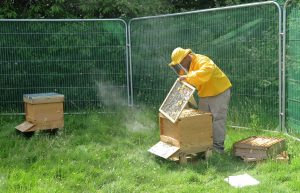 Paulo in the Vita apiary in Basingstoke 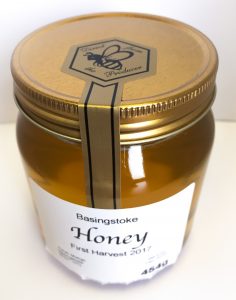 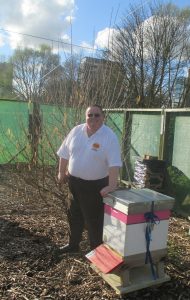 Derek Western at his apiary in Basingstoke town centre