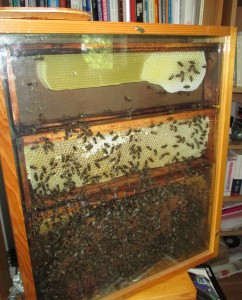 Meanwhile I started opening the hive gently — then forceably –because the bees had propolised lots of the joints. Fortunately, the glass withstood the pressure. I moved the frames to a sealed nucleus nearby and started the rapid cleaning job. I’m glad I hadn’t left the job any longer as things were becoming quite sticky and stained inside. 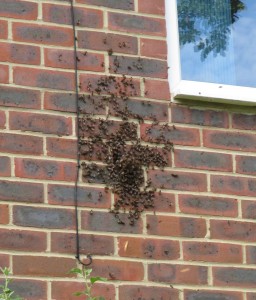