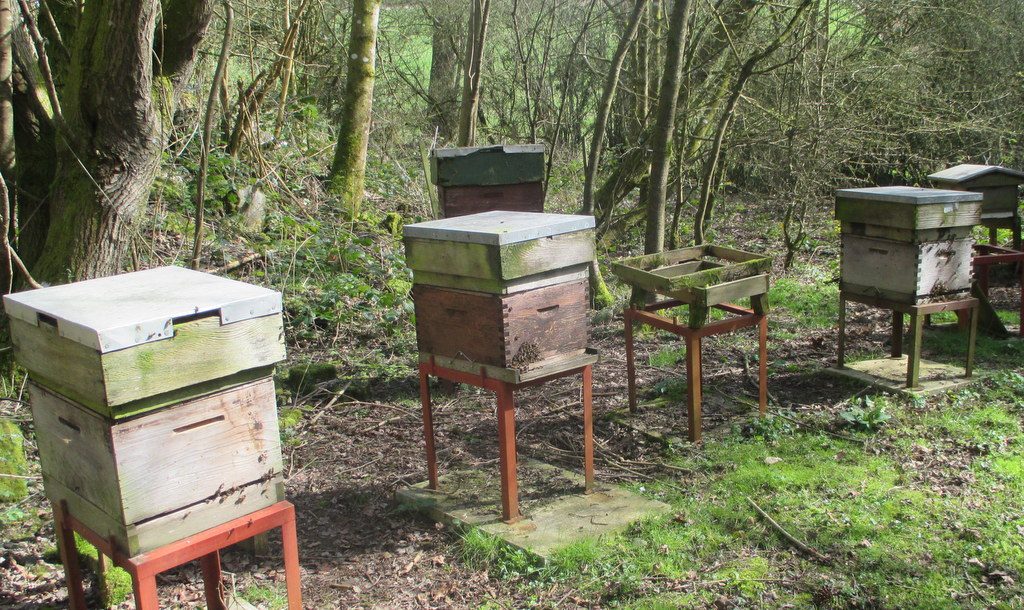 Can you tell which colony was queenless? It’s the one on the left. On inspection its bees were behaving quite normally. They were strong in numbers, bringing in pollen, calm on the comb, but there wasn’t any sign of eggs, larvae or sealed brood — not even a drone-laying worker. Most odd! I suspect the queen finally ran out of steam just one month ago. 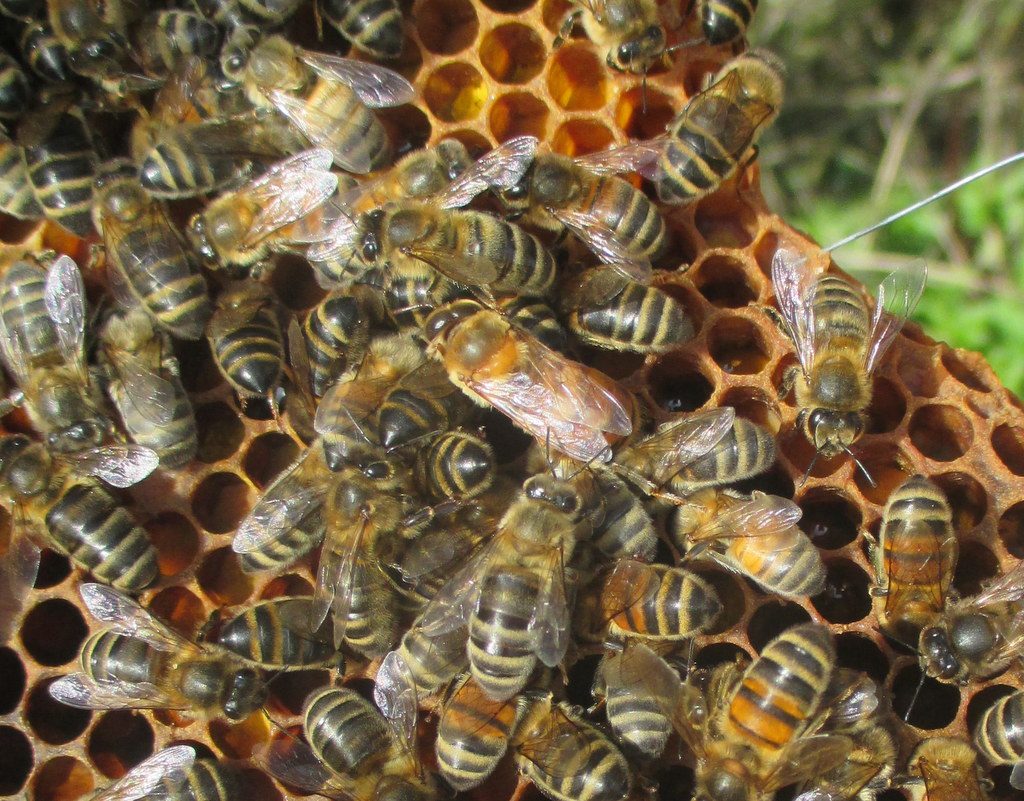