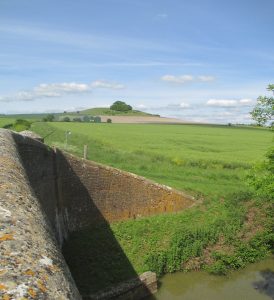 Woodborough Hill, sometimes known as Treasure Island, in the Vale of Pewsey is a mysterious place! Twenty-five years ago, a group of midnight UFO spotters were terrified when they reported a craft «80-100 feet (30m) wide». They flashed at it — it flashed back! Two years later, another group heard what they interpreted as the sound of a ghostly hunt — hunting horn sounds and all!

Well, they did indeed find a DCA. It was still at first and the queen pheromone lure on the end of a fishing rod was attracting nothing. But then a breeze sprang up — and the noise of drones was clearly to be heard, though nothing could be seen!

With eyes looking skyward, they appeared — not huge numbers, but very convincing. 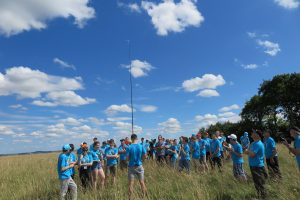 Did the International Meeting of Young Beekeepers find a drone congregation area — we’ll tell you after the event! With video, we hope. Watch thi