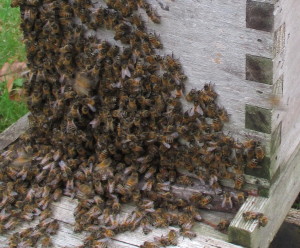 VitaFeed Gold is a great way to nourish and strengthen colonies suffering from all kinds of stresses and — unlike the tipple in nightclubs — your bees will still feel great the next day!