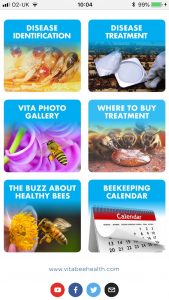 The free Vita Bee Health honey bee health smartphone web app has just been updated and refreshed. Ideal for use in the apiary, the app helps beekeepers to quickly identify any health issues in their colonies.

The web app, suitable for nearly all smartphones and tablet devices, can be accessed free from www.healthybeeguide.com.

Detailed photographs show the visible symptoms of the main bee diseases and pests so that beekeepers concerned by what they see during a colony inspection can immediately check them on the app. Typical effects of the varroa mite, European and American foulbrood (EFB and EFB), Nosema, chalkbrood, wax moth, tracheal mites and viruses can be viewed within a few clicks. Keys to the identification of the Asian hornet and small hive beetle are also included.

Amongst the many app features, beekeepers can read about the treatment options, where to obtain treatments, and if and to whom they should report serious diseases and pests.

END_OF_DOCUMENT_TOKEN_TO_BE_REPLACED 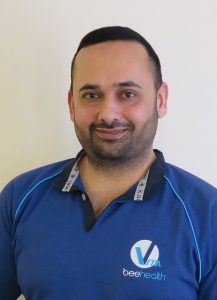 Amarinder Singh has been appointed regulatory and quality manager at Vita Bee Health. He will help guide Vita’s products through the regulatory process to ensure that professional and hobbyist beekeepers will have the highest quality, safe and effective treatments for their honeybees.

After graduating with a Masters degree in biotechnology from the University of Hertfordshire (2007), Amarinder worked for The Medicines and Healthcare products Regulatory Agency (MHRA), then the Veterinary Medicines Directorate (VMD) as a pharmaceutical assessor in the quality team, work which included establishing guidelines for applicants and assessors, and most recently for Benchmark Animal Health.  He has experience  in working internationally and with a wide range of health products for animals.

END_OF_DOCUMENT_TOKEN_TO_BE_REPLACED 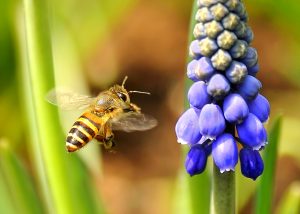 An international panel has selected the bees and beekeeping photographs for the 2018 Vita Calendar and voted for Leka Huie from Hong Kong as the overall winner for his colourful action photo of a honey bee in-flight approaching a flower.

Entries will appear in the limited edition 2018 Vita Calendar distributed to Vita’s global network and the competition winners. Some of the photos are below and a pdf file of the full calendar is available for free download to users of the Vita Gallery www.vita-europe.com/beehealth/gallery.

The 2018 Vita Calendar monthly line-up of winning photographs is:

END_OF_DOCUMENT_TOKEN_TO_BE_REPLACED

Launched in 1997 with a single product, Vita is now the world’s leading dedicated honeybee health specialist with a range of products, subsidiaries in Italy and Russia, and an extensive global distribution network.

Jeremy Owen, sales director, recalled: “Back in 1997, some thought that setting up a company dedicated to honeybee health with only one product – Apistan – was, to put it politely, a considerable risk.  However, my fellow director, Max Watkins, and I felt strongly that there was a need for healthy honey bees that would not be diminishing. Beekeepers were very supportive of our aims and, I’m grateful to say, still are.”