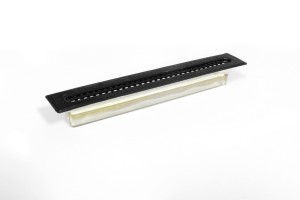 Max Watkins, Technical Director of Vita (Europe) Ltd, said: “The arrival of the Small Hive Beetle in Europe is a big disappointment, but no great surprise. Uncontrolled, SHB can wreak havoc in an apiary, but beekeepers should not despair. It may not be possible to eradicate the new pest, but it is certainly possible to control its numbers and its impact.

“Healthy colonies will be able to withstand the SHB invasion with the help of the Beetle Blaster to control numbers in the hive. But maintaining healthy colonies is vital – and therefore it is even more important to treat for Varroa and ensure honeybees are as healthy as possible. It’s yet another challenge for honeybees and beekeepers, but one that can be overcome by maintaining healthy colonies. Fortunately, beekeepers are resourceful and resilient, so we are delighted to be able to supply this SHB trap in advance of the beetle’s expected arrival across Europe.”

This autumn, the Small Hive Beetle (Aethena tumida) was discovered in southern Italy and is already established in parts of Sicily and Southern Italy. The SHB cannot be eliminated once present in large numbers, so it is probably going to spread, eventually, across Europe. Because of its island status, the UK may be able to postpone the arrival of SHB and even eliminate early arrivals, but if it does spread throughout Europe Britain is unlikely to remain SHB-free. The UK’s National Bee Unit has co-ordinated sentinel hives in its eight beekeeping regions for a number of years.

SHB can breed rapidly and its effects on honeybee colonies can be devastating. It eats brood, honey and pollen, destroying comb as it does so and spoils honey by causing fermentation. Uncontrolled, the SHB can wipe out a weak colony.

The beetle originated in sub-Saharan Africa where it is regarded as only a minor pest because the native honeybees are able to control it. But when SHB spread to other countries, the local bees could not cope so well. It was first identified in the USA in 1998 and in Australia in 2002. The impact in the USA was severe at first although many beekeepers have now adopted techniques to control it. In Australia the impact has generally been less acute, but in both countries it is still a very serious honeybee pest.

The mode of arrival of SHB in southern Italy is unknown and its impact has yet to be fully assessed. Because of substantial migratory beekeeping along the length of Italy, SHB is expected to spread to other parts of Italy and, from there, its advance into other parts of Europe seems inevitable.

The environmental range of SHB outside Africa cannot yet be predicted with any confidence.  The beetle poses the greatest threat in warm humid climates like Florida, but it has also been found as far north as Canada. Much of Europe would therefore seem to offer a suitable habitat for the pest.