They may only be a small nucleus, but they have a double line of defence for the wasps taht dare encroach upon the hive. Here is the advanced guard attacking a would-be intruder wasp. I only just managed to glimpse the wasp once in this tangle of bees. Meanwhile at the door, the guards are lined up ready for more intruders.

Not all bees can be quite so effective against wasps, but this little nuc certainly has what it takes. And yet they are very calm during inspections.

Because the stings of honeybees’ stingers can’t usually penetrate a wasp thick outer skin, the bees form a ball around it and use their vibrating flight muscles to raise the temperature around the victim to about 47 degrees Celsius, enough to kill it! Death by baking! The original bake-off!

If you want to help your bees defend against wasps and hornets – especially the Asian hornet, try Vita’s Asian Hornet trap, Apishield. 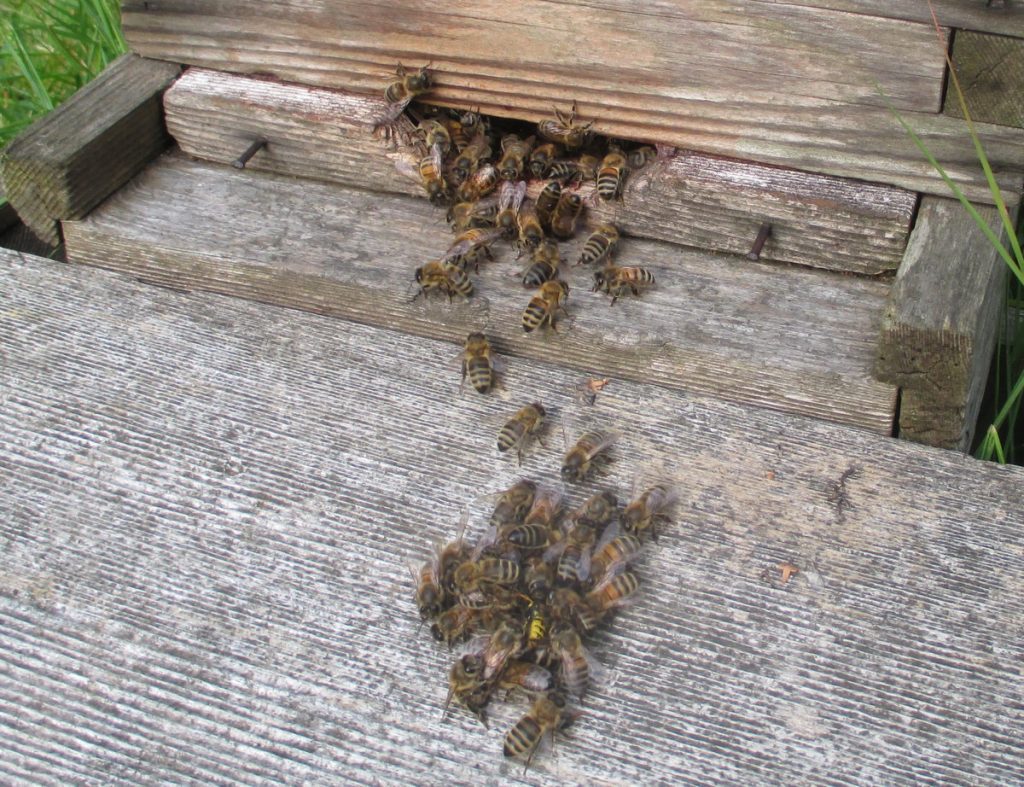