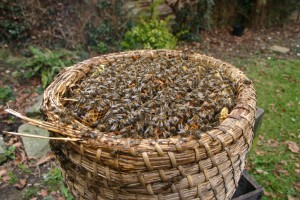 “Oh, it’s been a strange beekeeping season.” I’ve heard beekeepers say that every year that I’ve kept bees. So I will say it this year and claim that it really has been the oddest of years … in this part of southern England at least.