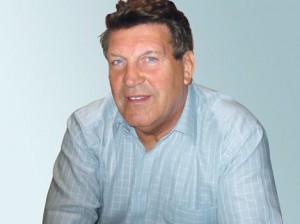 Vita is very sad to report the passing of Dr Roman Leon Ralph, Business Manager at the company from 1997 to 2009.

Roman was born in Lincoln to a Polish father, a World War II RAF pilot, and an English mother, a Royal Navy Wren. When he was two and a half years old, the family moved to Poland where he was educated and learned to dance, play the piano, learn to fly a glider and was by family accounts “a little tearaway climbing roofs and roaming the streets of Katowice”. The family say that he just managed to scrape through school, but when it came to the final exams he had such high marks that the tutors couldn’t believe it was the same boy!

Roman went on to study agriculture at the University of Olsztyn where he won a scholarship and became a very popular student, a key organiser of the student rag week and President of the Students’ Union. It was at University that he met Mira who was later  to become his wife.

After university, Roman moved back to England, found his biological mother (who had left Poland some years before) and took a job as an Industrial Microbiologist. In 1971 he was joined by Mira, they married and moved to Cambridge where Roman studied for a doctorate at Wolfson College. During this time their two sons were born.

Roman held several posts including Crop Research manager at  Imperical Chemical Industries and in 1992 joined Sandoz as Country Manager for Poland going on to work in logistics at Sandoz Agro. It was at this time that he met Jeremy Owen and Max Watkins.

Max Watkins remembers a long association with Roman: “Both Jeremy and I had known and worked with Roman in our previous employ at Sandoz/Novartis Animal Health in Camberley. Roman joined us as Business Manager when we formed Vita in Basingstoke in 1997. By then we had known each other for several years. He was always affable, always willing to help and he was extremely well-liked by everyone who had contact with him – and there were very many, over the years. He found the world of bees and beekeeping fascinating, so he was happy and authoritative when chatting with beekeepers and other customers alike. On occasion we wondered if Roman needed a telephone at all, as his booming voice could often be heard from long distances.”

Jeremy Owen recalls Roman’s work: “Roman was meticulous in all that he did and, as the business grew, he developed his own complex logistics programme that tracked all components and products in and out. Without doubt it was Roman that kept the Vita products flowing and ensured that Vita complied with the export regulations that became more stringent as the years went past.”

In 2007, Roman was diagnosed with cancer but defied his prognosis of surviving for three years and refused to let the illness dominate his life. He continued to work at Vita until he retired in 2009.

Always with a sense of humour, Roman was asked on his hospital bed how he felt and replied: “according to my age”.

Roman is survived by his wife Mira, two sons, Adam and Richard, and two grandchildren.

Roman’s family requests that if anyone would like to make a donation in memory of Roman, it be made to Macmillan Cancer Support.

Vita is grateful to Roman’s family for permission to use excerpts from Roman’s Memorial Service about his life.