Many beekeepers will be all too familiar with what happens when honey bees return after foraging to find that their home has gone. They buzz around and eventually cluster close to where the hive was originally sited — and with no queen around, they get grumpier and grumpier. 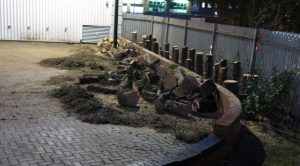 So, what happened when the starlings that I featured two weeks ago returned home and found their roosting trees gone?  There was no time to search for a new site as it was getting dark.

I had heard that the trees had just been felled through social media, so I went to the scene at dusk.

Firstly, they gave their usual glorious display (and I had a better camera with me this time):

But when they were ready for bed, they were startled to find that their roosting trees were gone. Fortunately, there were similar trees just across the road, but there weren’t many and they couldn’t all fit in.

Normally they take less than a minute to fly into their roosting trees. Then they squabble about who has taken up too much of the bed and have a noisy gossip, probably about the ‘awesome food’ they had found that day.

This time was different. There just wasn’t enough room. And the video shows what happened. This pattern of activity went on for at least 45 minutes … How it ended I cannot be sure as I had to go, but there must have been a lot of stressed-out starlings using up a lot of energy. Luckily, it is a mild night, so it mightn’t be too bad for those left out in the cold.

It’s the off season for bees and swarms in Britain just now, but this brought back thoughts of spring and swarm-chasing. It’s a murmuration of starlings.

Whereas honeybees only fly en masse as a swarm and are led by scout bees to a new nesting site, starlings present a different and spectacular form of mass movement. In winter, usually from November to March, they roost together at night in sites that are often, but not always, a few tens of kilometres apart.

This group of starlings regularly roosts in north Winchester, about 30 kilometres from Vita’s HQ in Hampshire, UK. But before they settle just after the sun has gone down, they can give a stunningly beautiful aerobatic display. They arrive in a large group which often grows with smaller groups joining as if in display formation.

Why they do this is not clear. Roosting together in thousands generates a warmer microclimate for the nest site, swirling in flight may alert others to join in – and the spiralling flight will protect them against predators, which probably go cross-eyed trying to home-in on a single victim. They almost certainly communicate about good feeding sites, and the following morning they disperse in all directions.

I’m no starling expert, so you’ll find more information (and better videos) about murmurations here. Technically, scientists say they are scale-free correlations in a critical system, but still don’t quite understand them.

I am intrigued to know to what extent they follow the same rules as bees in a swarm to stop crashing into each other and to end up in the right place. With bees we know that scouts act as streaker bees to give directions. Having scouted possible nest sites, these streaker bees know where the new colony should end up and fly at top speed across the top of the swarm in the direction of the new home. When they reach the front, they drop down to near the base of the flying swarm, slow down and soon enough find themselves at the back from where they rise again to the top to give directions.

As to how they co-ordinate with each other, like starlings, bees may be responding to their seven closest neighbours in the swarm.

Oh, and next time, I’ll take a proper video camera … Here’s another glimpse:

There are ten limited edition Vita Calendars to be won. Follow Vita Bee Health on Twitter or Facebook, see if you can answer a simple question and be entered into a draw – every day this week. The Calendar, packed with great photos from the Vita Photo Competition,  is a must-have for any desk! 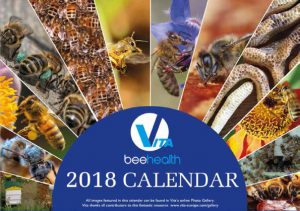 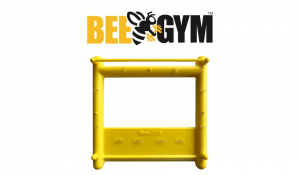 Have you ever wondered about the effectiveness of the Bee Gym, the chemical-free physical grooming aid for bees?

Here is a photo of a varroa screen taken by Jim and Rachel of The Metropolitan University Green Team.

It’s easy to guess the shape of the Bee Gym that was sitting on the floor of the hive above the screenfloor. Obviously the bees are attracted to their workout equipment. 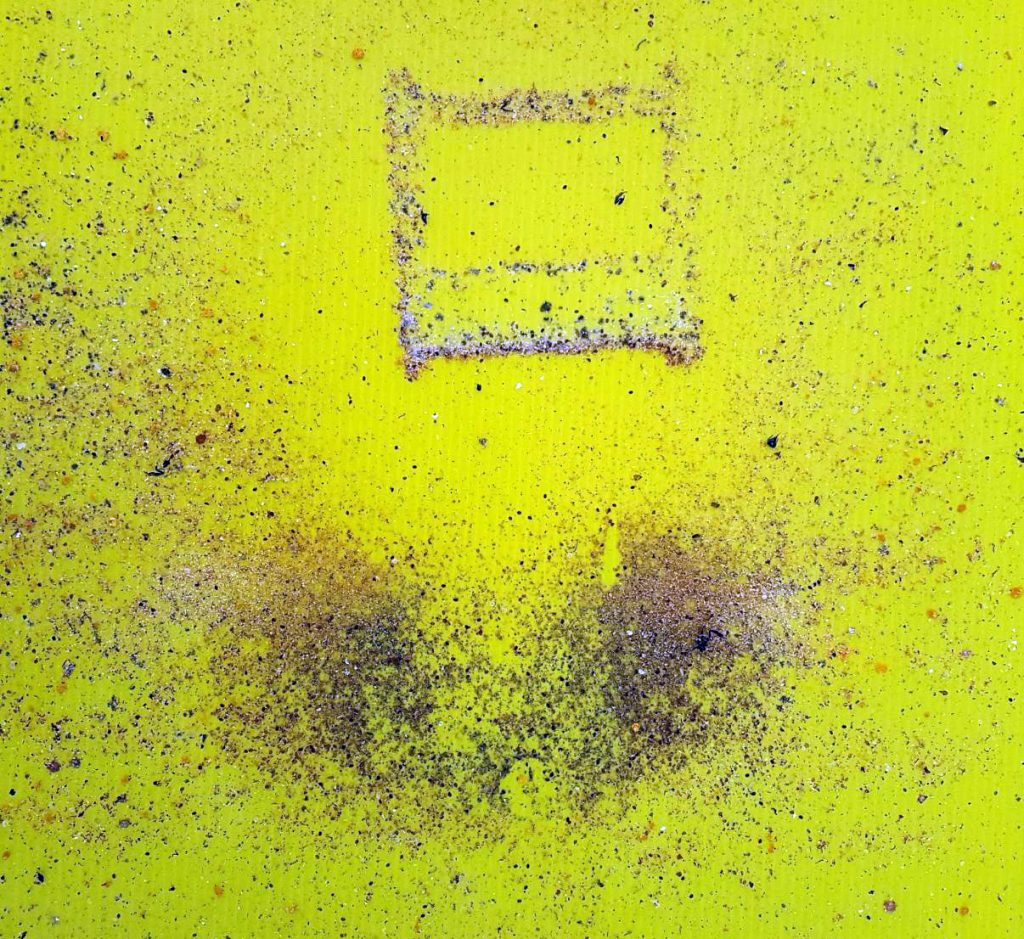