The emergence of a queen

Have you ever wondered just how a queen bee emerges from her cell and leaves such that precision exit cut familiar to every beekeeper?

Here’s how it happens as brought to our attention by a Bulgarian bee blogger. The original video is by Franz Obedorfer.

As our Bulgarian bee blogger says the video has a certain sadness about it because the queen emerges outside the hive, but it is fascinating. The whole process takes a few hours, but here’s the 7 minute version. 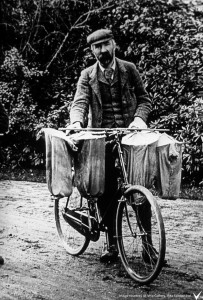 Now that spring has arrived, the bees can show off. Here’s a lovely solid block of brood on a Langstroth frame — great hopes for this colony, just as long as the swarm impulse can be managed! (I also like the way the bees are working with the fresh nectar at the top of the frame.) 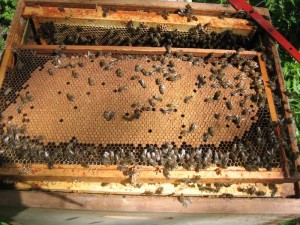 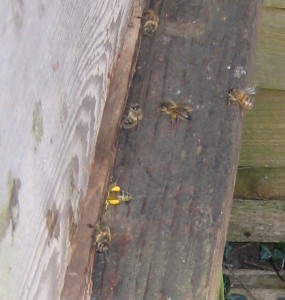 The parasitic varroa mite up close.

We are hearing and seeing some reports of apparently high levels of varroa early this season, so here are a few management options that we hope will help.

If you are already seeing varroa, it is important to monitor carefully and be ready to act quickly to ensure the colony’s strength and survival through the season ahead.

Firstly, check if there is a daily drop of varroa mites – what you are seeing could just be debris that has built up over the winter.

If there are varroa falling at this early stage, we recommend:
1) feeding your colonies with Vita Feed Green, which will give them a good boost to strengthen the colony and can help with varroa
2) a full six-week treatment with Apistan which can, if necessary, be left on during the honey flow and when supers are present.