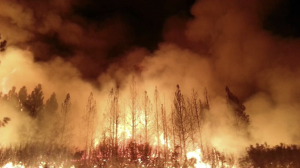 In eastern Australia, bush fires have taken a toll on all sorts of wildlife and beekeepers have often been the first to see the devastation. At least one beekeeper has arranged counselling for his young workers who have been traumatised by what they have seen. “The fires were that hot in places that some beekeepers, who have a fairly good understanding of their local bush, don’t believe those trees will be flowering or producing nectar and pollen for the bees for at least 20 years and in some cases they don’t believe it’ll be in their lifetime,” Stephen Targett president of New South Wales Apiarists Association told Australia’s ABC News.

In France, it’s expected to be “the worst on record”, according to the National Union of French Beekeeping (UNAF), with “fewer than 9,000 tonnes”—almost a quarter of the crop harvested in the 1990s. 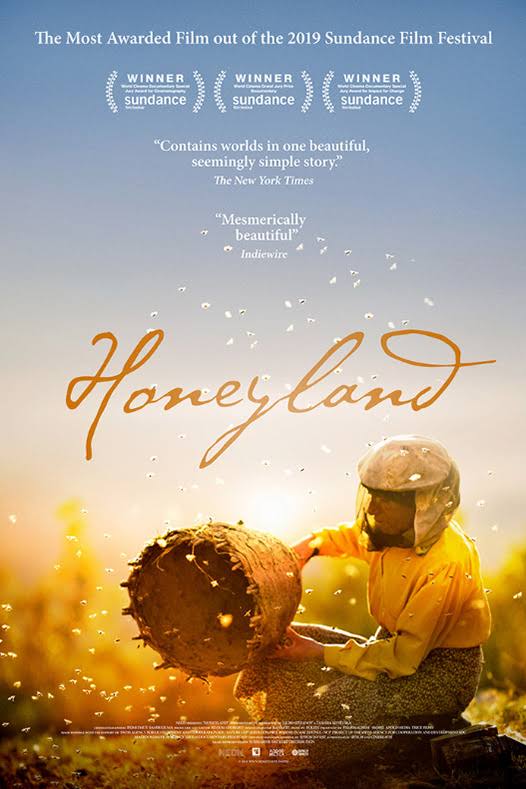 at Basingstoke College of Technology

Vita Bee Health in conjunction with Basingstoke College of Technology is hosting a free showing of the recently released and highly acclaimed film Honeyland. It is playing in very few cinemas around the country, but here is a chance to see it in Basingstoke.

“In this terrific documentary shot in North Macedonia, a woman tending wild hives is rattled by her new, disruptive neighbours.” The Guardian

In a deserted Macedonian village, Hatidze, a 50-something woman, trudges up a hillside to check her bee colonies nestled in the rocks. Serenading them with a secret chant, she gently manoeuvres the honeycomb without netting or gloves. Back at her homestead, Hatidze tends to her handmade hives and her bedridden mother, occasionally heading to the capital to market her wares. One day, an itinerant family installs itself next door, and Hatidze’s peaceful kingdom gives way to roaring engines, seven shrieking children, and 150 cows. Yet Hatidze welcomes the camaraderie, and she holds nothing back—not her tried-and-true beekeeping advice, not her affection, not her special brandy. But soon Hussein, the itinerant family’s patriarch, makes a series of decisions that could destroy Hatidze’s way of life forever.

Developments are well underway to replace B401, the highly respected biological wax moth control product used by beekeepers, with a new and similar product B402. To comply with the new regulatory environment, B401 will not be available in the UK when current stocks run out. B402 is nearing completion of its development and is expected to go on sale in the USA later this year and, as soon as possible thereafter, in the UK.

Sebastian Owen, commercial director at Vita Bee Health, said, “It’s disappointing that we have had to stop supplying B401 at such short notice. The product has been on the market for many years approved under an older regulatory regime, but the changing regulatory environment requires us to submit data that is not feasible to collect at this time. We have therefore decided to focus on the development of a similar and equally effective product, B402. We expect this to be available in the USA later this year and are currently investigating the quickest regulatory routes to market for B402 in the UK.”

Like its forerunner, B402 is a preventative treatment to control wax moth. It is a biological product that is safe and environmentally friendly. Its application will be similar to that of B401 and, like its predecessor, will provide very high efficacy against wax moth.

Have your bees suffered from agro-chemicals?

Have your bees suffered from pesticides, herbicides or treatments? An initiative of the Apimondia working group is collecting information on a global scale about toxicity events and their effects on honey bee colonies.

Their short anonymous questionnaire focusing on specific toxicity events can be found here.

The Apimondia working group is called Adverse Effects of Agrochemicals and Bee Medicines on Bees and this research is led by Dr Fani Hatjina of the Hellenic Agriculture Organisation – Demeter – in Greece. Vita Bee Health regularly works with the organisation and recommends that any beekeeper whose honey bees have suffered the effects of pesticides, herbicides or treatments completes the survey. 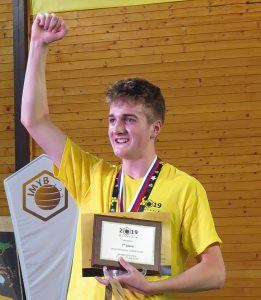 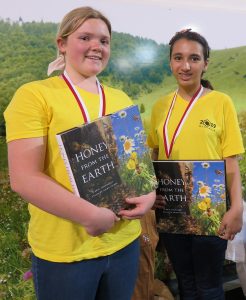